I'm sharing a recipe in case there's any other soap-makers out there who read this and may want to know what to do with all those pesky dandelions which seem to appear overnight at this time of year.

Yesterday I collected a large bunch of dandelions both the leaves and flowers. I washed them and then poured boiling water over them and left it to steep overnight, thus making a lovely dandelion infusion.

My soap recipe consists of soyabean oil (Trex to those in the UK), coconut, olive and (sustainable) palm oils; and finally a small amount of natural beeswax.

This morning I measured the precise quantity of dandelion infusion, pouring it carefully through a strainer. It looked a very murky shade of greeny brown. I wasn't filled with confidence. 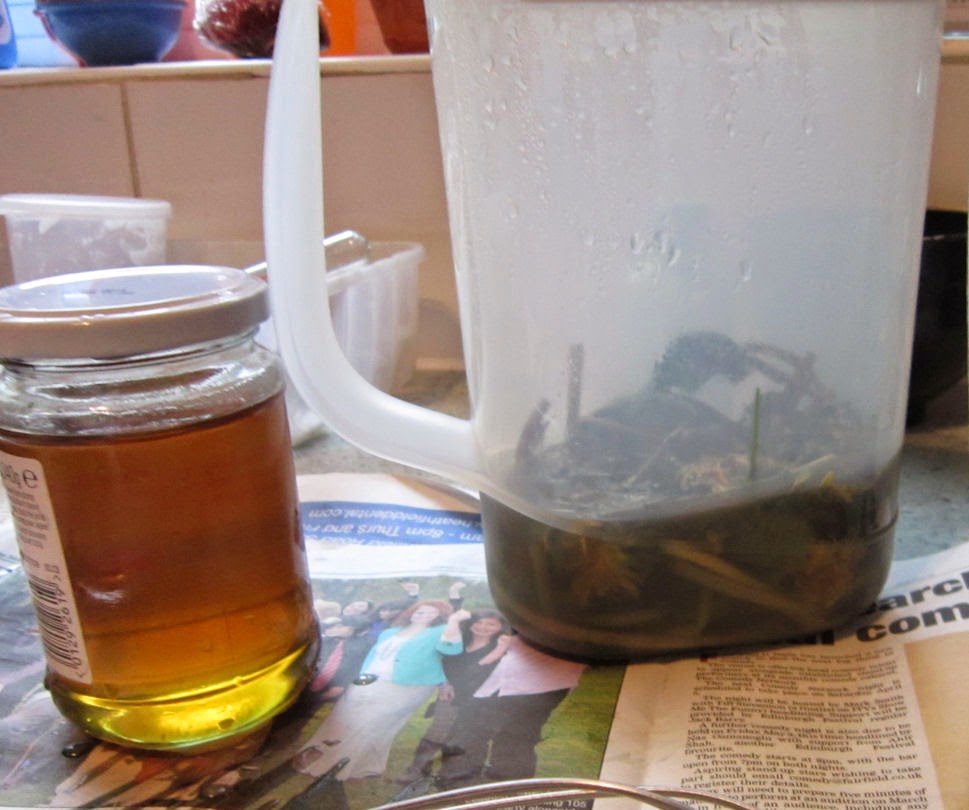 However, on adding the sodium hydroxide, it immediately brightened to a lovely mustard yellow which remained stable when I mixed the lye with the oils... 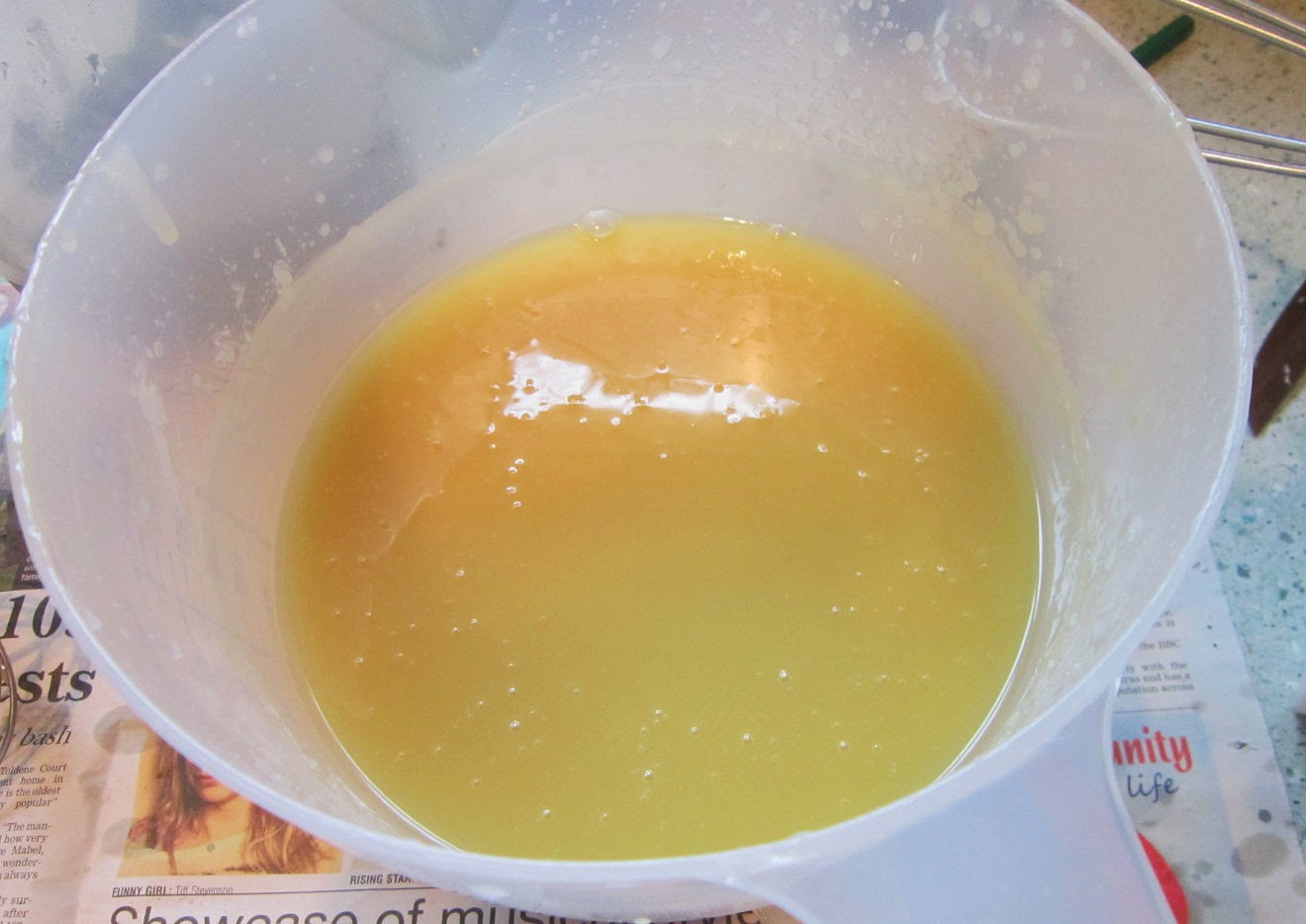 Using beeswax in soap can be tricky; it traces quickly so you have to work fast. In fact, mine behaved better than I expected and it took about 10 minutes to bring it to a nice trace. At this point I added the honey (1 dessertspoon) which I whisked in with an electric beater and then added essential oils. I used sweet orange, cassia (cinnamon) and rosemary. 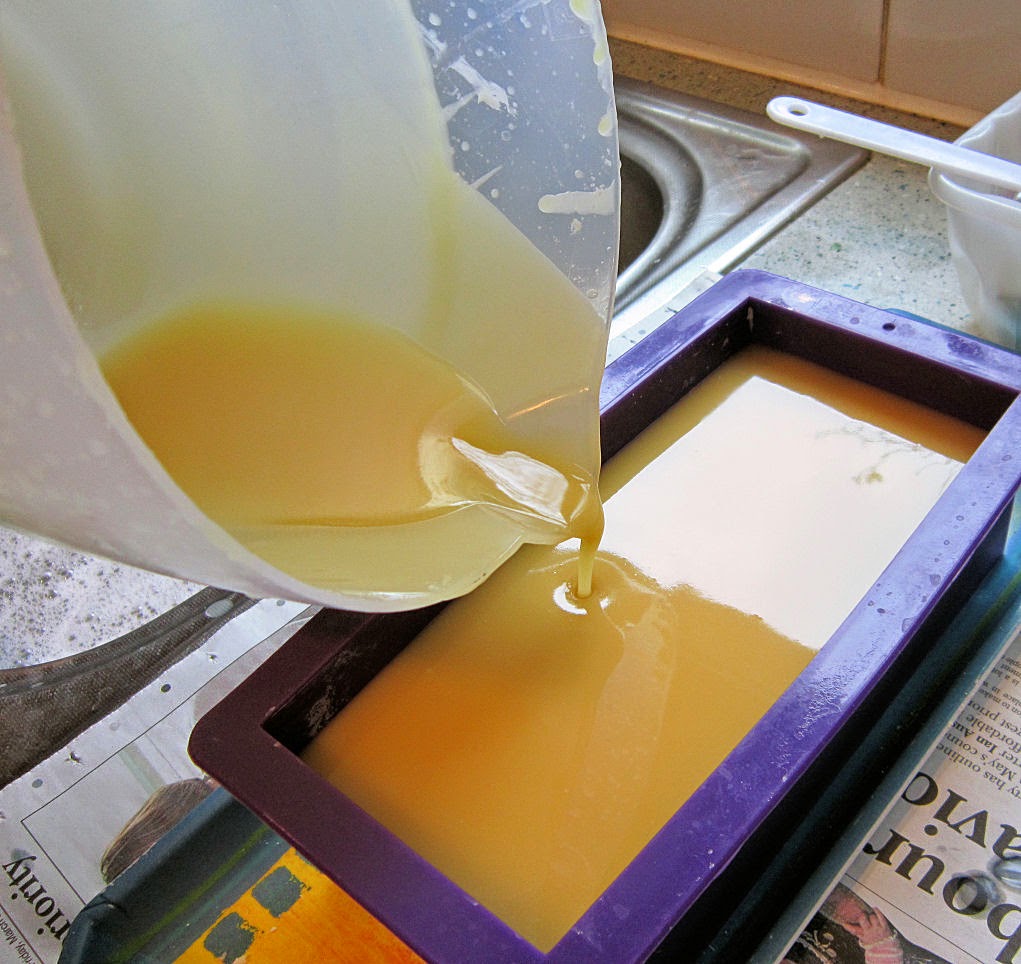 So here you have the final picture of the soap being poured into the mould. It's now insulated and I shall take a peek tomorrow. I fully expect it to have lightened in colour but I can live with that. Pale yellow is better than dirty green!

I unmoulded the soap last night; it's beautifully hard and a dark orange colour rather than yellow. It's reminiscent of Wright's Coal Tar Soap. 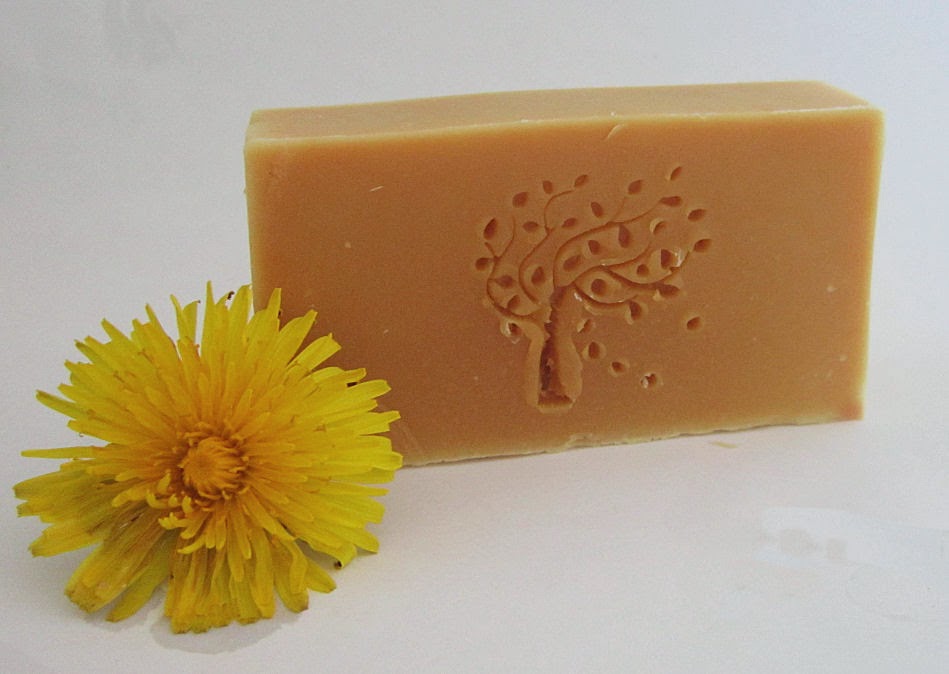 I doubt if it will alter much in colour whilst it's curing so I'm fairly happy with this. However, with so many dandelions around I've tried a second experiment today infusing the flower heads only and using a colourless fragrance oil. This may lead to a lighter coloured soap. I'll keep you posted!

No further colour change to report. I guess that the Dandelion & Honey Soap will stay this colour. The second batch using flower heads only turned out an identical colour!

Helen
Dedicated to making natural soap and skincare products on a small-scale...without chemicals!